These were a series of spaceship and mech concepts i made, which were influenced by aquatic life and insects. I used ball point pen to emphasize a more organic feel.

While working for Titmouse Inc. for the TV series "Tigtone" by AdultSwim, I painted hundreds of characters and props ( sketched by other artists) . These are the turnarounds of the main character Tigtone and his sidekick Helpy.

I sometimes use SketchUp for a more precise perspective of inorganic objects and then i paint over them.

This was a sword i designed for a movie ( still in production as far as i know, and the sword will be actually used in action ) . The director gave me the brief on a napkin. The guard part would be an ouroboros of a wolf.

These are some tiny robot designs i made for my personal project, which never seems to be finished due to lack of free time.

Nightmare creature. I thought the best way to describe it was to show it in action.

These are some various designs and illustrations 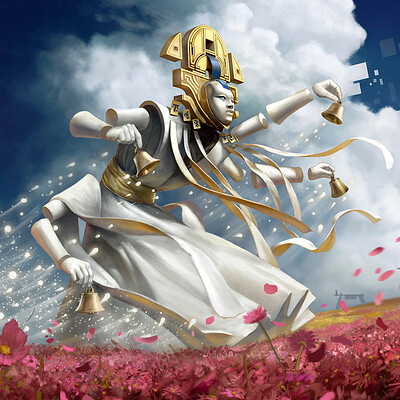